We had quite a busy Saturday planned yesterday: swimming, hair cut for T (as he looks like Wurzel Gumage), parcel pick ups, visit to Great-Grandma and finishing with a family take-away and the Strictly Final (natch).

T had his swimming lesson as normal. His wonderful teacher checked how his week and general well-being was, as she does each week, and then delivered an appropriate (and very fun) lesson for T. He performed great, and took regular breaks throughout. At the end of the lesson I took T into the changing room to get dry.

He could barely lift his head, let alone put on the pants I was brandishing towards him, and then very quickly started turning a worrying shade of grey. I asked him specifically to describe how he was feeling and he told me his heart felt like it was beating very fast. He also said he felt dizzy and might pass out.

His teacher came in to check if he was ok and we gave him a little bit of chocolate to see if this would perk him up, however this had little to no effect. I got T out to the car (massive thanks to everyone who offered help btw – I think I barely acknowledged you at the time but I assure you it is very much appreciated!) and when he was seated in there I called 111.

Now T’s cardiologist said things like this may happen as a result of his Cardiomyopathy, but this is probably the first we have seen it raise its ugly head. The nice lady on the end of the phone advised (after I had spelt ‘Hypertrophic Cardiomyopathy’ and ‘Friedreichs Ataxia’ 3 times over the phone – why they can’t just call them things like ‘Fat Heart Disease’ is beyond me!) that I should take T to A&E immediately, and collect all of his current medication en-route. I had a small panic as he could barely walk and his wheelchair was in my Father-In-Laws boot (as I was planning on collecting that later on too) so I rang to ask him to get it ready, flew home to get his meds and his fave toys, and then bombed to their house for the Mean Machine.

By the time we had got there, T had a little more colour (I would describe it as a ‘bright white’ as apposed to the ‘ghostly grey’ he had previously been sporting) and my lovely Mags-In-Law was waiting, shoes and bag on, out front…

Now I must remind you at this point of my little car: Maurice, the minty green Fiat 500. I can barely fit myself and T in with the wheelchair, and even then I have to drive in a somewhat precarious position with my knees under my chin. Unless I strapped Mags to the roof, there was no way she was getting in that car! Luckily my Father-In-Law saved the day and offered to drive us. No roof riding for Mags this time. Think she was a bit gutted really.

By the time we got to the hospital, T was a bit better still and had almost returned to his normal hue. We checked in and then managed to coax him into eating a few snacks and he perked up even more. After 2 hours, we saw the nurse, who completed a general assessment, and then after another 2 hours we moved out of the freezing waiting room and into an actual room, where we saw Dr Andrew.

An ECG was completed and Dr Andrew explained that the most probable cause of T’s turn was a heart arrhythmia due to his Cardiomyopathy; meaning that his heart was beating faster than it could manage. They moved us up to floor 13 for further assessment, and hooked T up to a heart monitor… 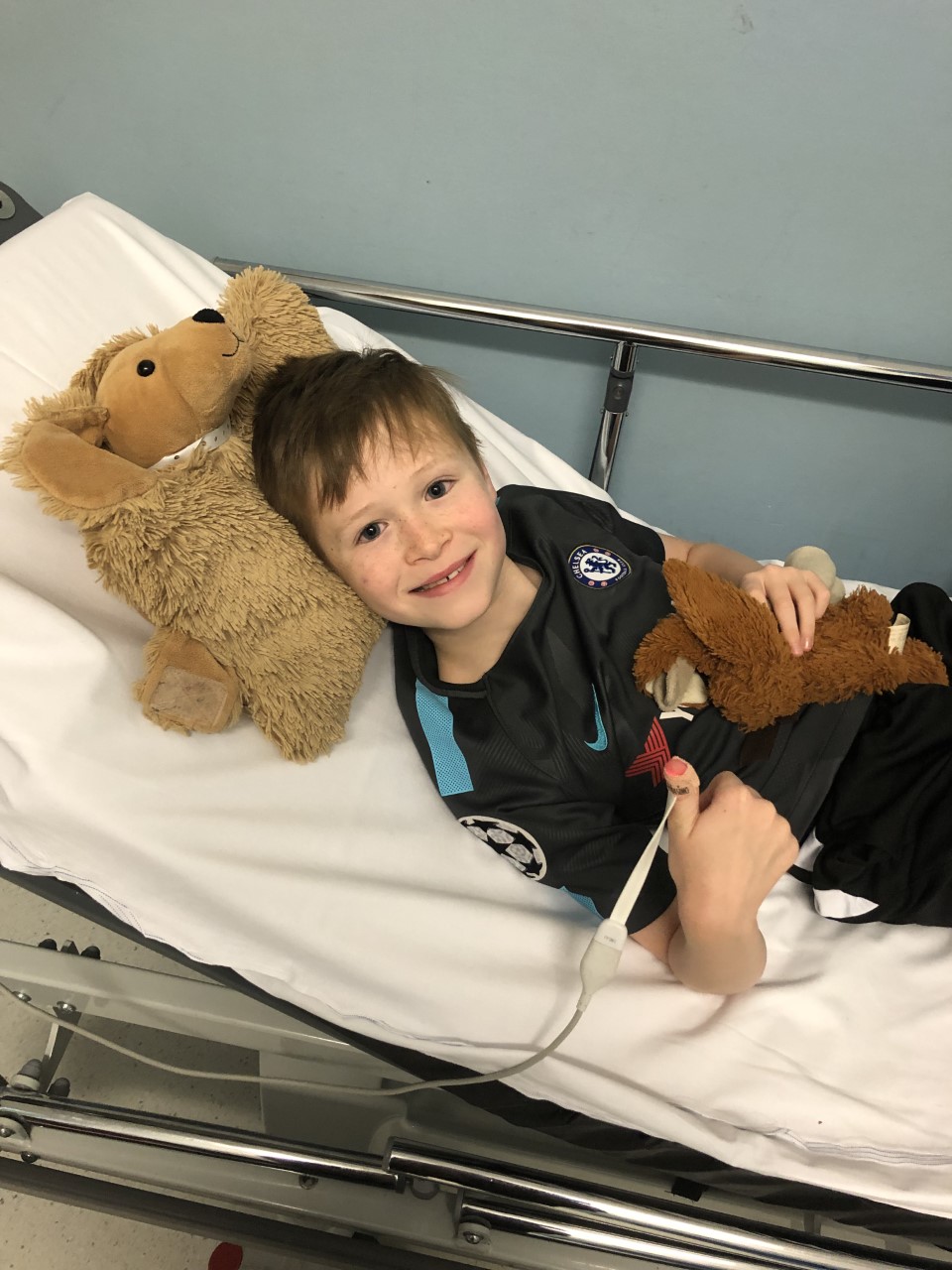 By this point we had been in HRI for 5 1/2 hours. T was bored, scared and frustrated. We managed to get the TV working for him (which was god send) and also played endless games of eye spy…

We saw another nurse and gave the same information we had given 4 hours earlier and then after another hour of waiting, saw another Dr…

Now you may be wondering where J was at this point. J had been working in London on Friday and stayed over after his meetings to catch up with his best friend who lives down there. His train back should have seen him land in Hull at 3pm. However, due to the delightful rail strikes, his train terminated in Doncaster, leaving him stranded. So, desperate to get back to join us, he started looking for alternative routes. One train clerk advised going to Leeds to connect from there, and so, that is where he headed… only to get to Leeds and discover the connections from Leeds to be delayed, and then subsequently cancelled. So he then travelled to Selby… and FINALLY managed to board a train to Hull and got to us about 6pm. Honestly, you just couldn’t write the events of yesterday!

The new Dr we saw, went through an explanation similar to that given earlier by Dr Andrew. He said however, that they were all concerned about the suddenness of the arrhythmia and he also said it would not necessarily have been caused by the swimming T had done. The Hypertrophic Cardiomyopathy is condition all of the Drs we saw were aware of, however clearly not something they encounter very often. He said there was a good possibility he may need to stay in and he also wanted to speak with the Cardiology team in Leeds. By this point, T was getting tired, very frightened and desperate to go home. Eventually after more waiting, he came back and agreed to let T come home with us. However, we have to keep a close eye on him and should a similar event happen again, call 999 for a blue light response. One of the main issues with the arrhythmia is that by the time T had got to hospital, his heart rhythms were normal and so they don’t know exactly what type of arrhythmia it was, or how dangerous this could be for T going forward. A Cardiology appointment in Leeds will be sent out in the next few days, and a 72 hour trace completed with a mobile heart monitor.

Mr T has very aptly named yesterday as ‘Un-Super Saturday’; a title it most definitely deserves. As always though, he’s in very good spirits and is back to his chirpy self today. Heres hoping for more of a ‘Super Sunday’.

Massive apologies to anyone who contacted us yesterday who we haven’t responded to; we bedded down in Camp Riley last night to recover with cuddles, rest and a ridiculous amount of comfort food.

And I also apologise to anyone who encounters my son this coming week, he really does look like Wurzel Gumage, and will clearly go to any lengths to get out of a haircut! 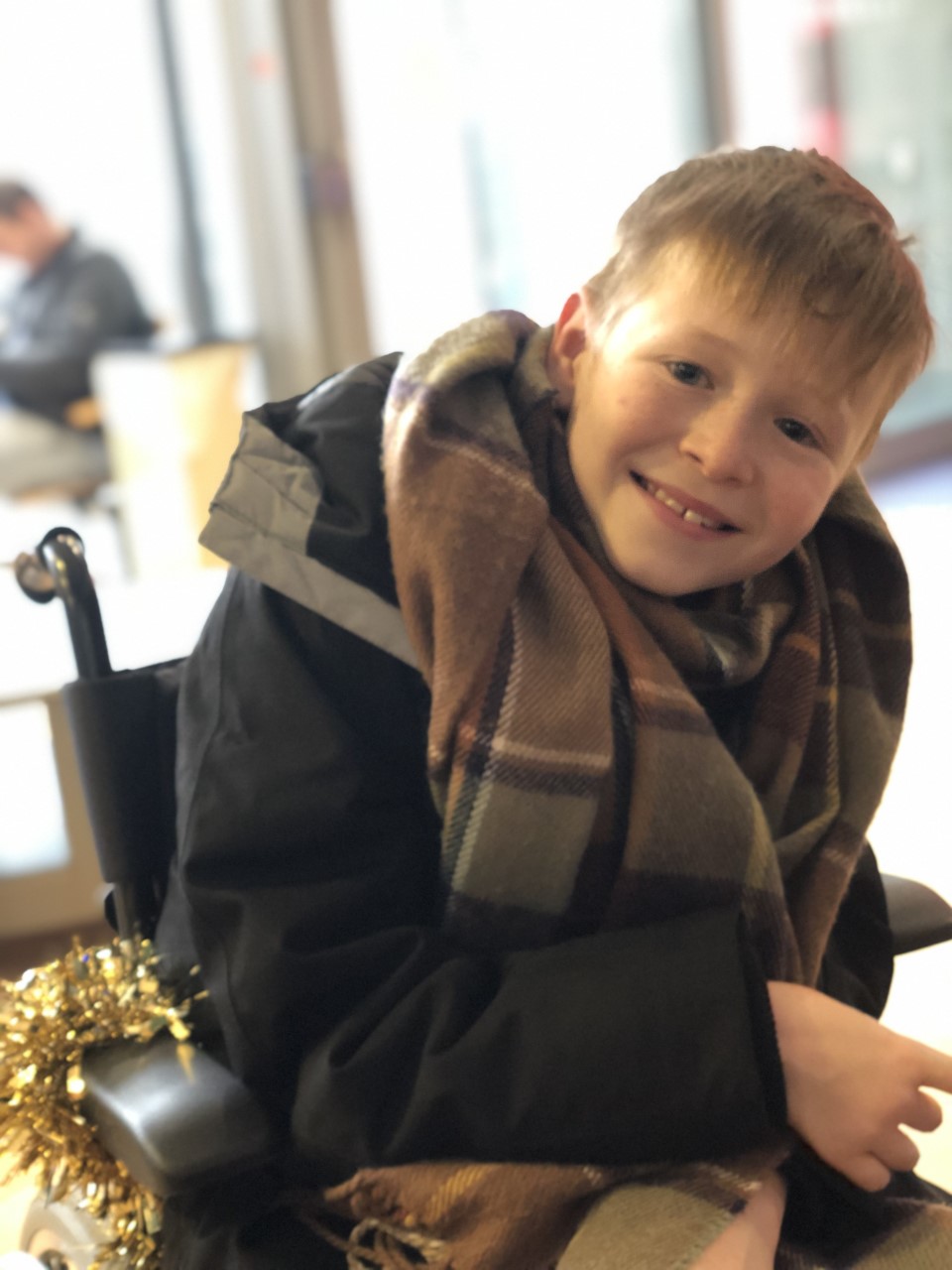 p.s. if anyone can tell me what the hell this cat is throwing away, it would be appreciated… 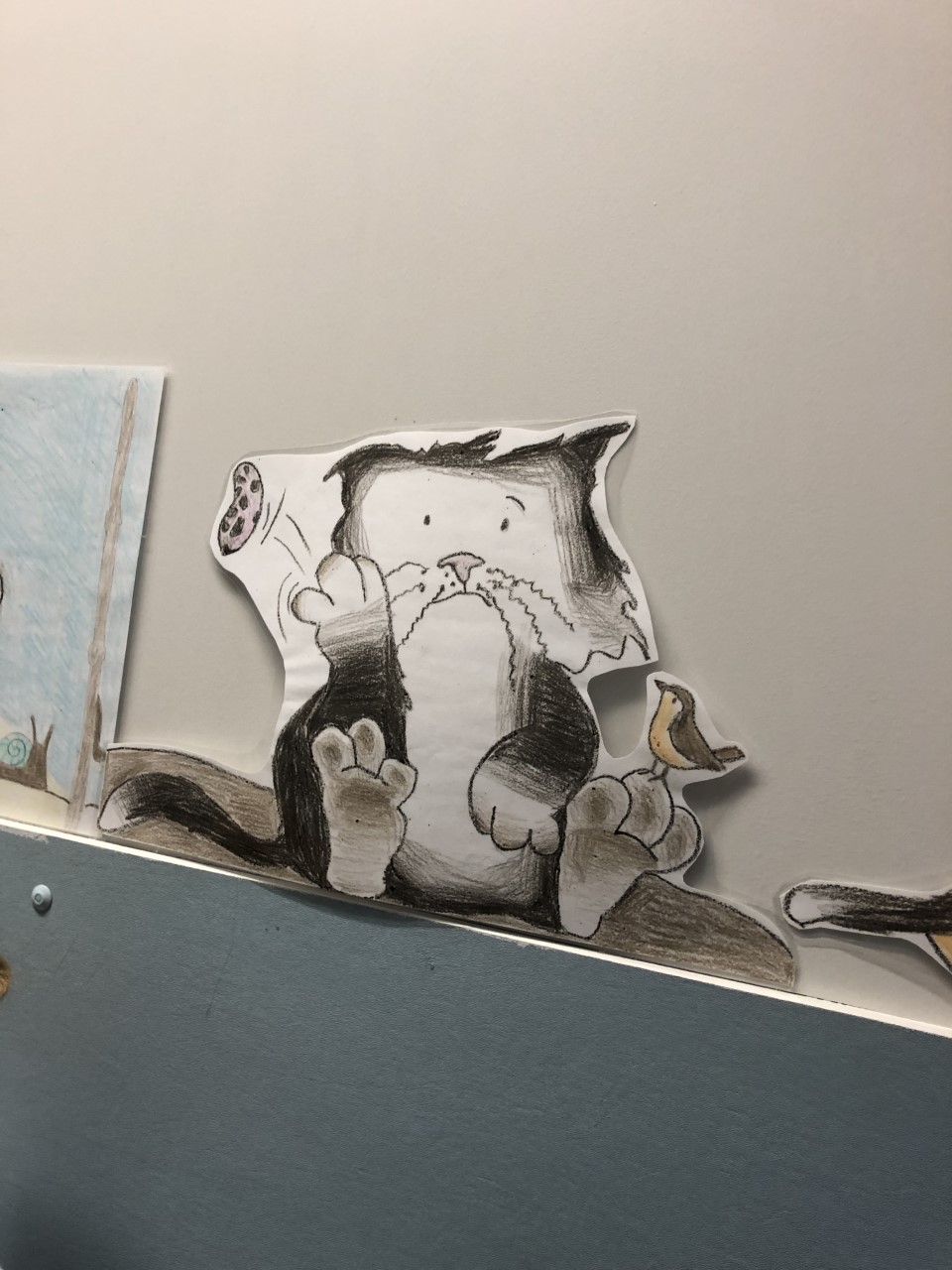 Picture curtesy of T’s room on the Paediatric Assessment Ward.