We’re on holiday! We love to travel. We have a giant blackboard in our kitchen with a list of all the places in the world we would like to visit. Each time we think of a new one, we add it on. It’s called ‘The Riley Family Travel Wish List’ (I think I need a more punchy title). We love taking T to see new places, and he loves to go. Current destination is: Greece. This trip is our first international journey since T was diagnosed with his Ataxia, and subsequently took a bit of a downward turn. So, it’s also our first international journey with the Mean Machine.

Truth be told, I was a bit apprehensive about this trip. I feel like I have started to get real anxiety about breaking T’s routine. If he has too many late nights, he’s more unsteady. Find me a 9 year old who doesn’t want to stay up late in the holidays?! If he doesn’t drink enough water, he’s more prone to wobbles and shakes. Its hard to balance treating T like the Ataxia isn’t there (which is what he wants), and wrapping him up in cotton wool. I was also (mildly) panicked about getting his liquid medication through the airport as it exceeds 100ml.

I had a good chat with our Neurology Nurse last week about a few of my concerns. (I also told her about letting T roll into a crowd of people in York… she assures me this happens a lot). Her main piece of advice was to just take things as they come. Easier said than done.

First part of the journey was actually OK. When we got to the airport, we were directed towards the ‘Special Assistance’ stand, close to the Check-In desk. We were given a priority boarding time and told to be at the gate at 12.15pm, then we checked in as normal. We decided to keep the MM (Mean Machine) with us, which was a good move as it meant T didn’t have to stand for long periods of time, navigate the crowds or give us perpetual panic attacks walking through the perfume stands in Duty Free. Medicine got through fine, thankfully (not that I’m smuggling drugs or anything – he just REALLY needs that medicine, particularly when we travel as it reduces his muscular spasms) They did take it away to test it, but this literally took seconds.

The metal detector was interesting. They made J go through first, then took T through the disability door. I was made to wait on the other side. They then insisted on searching both the MM and T. I understand why this was done, however the way he was pulled about made me more than a little uncomfortable, and neither J, nor myself were allowed near to him. J did tell the Guard that T could come out of the chair if need be, but he insisted that he stayed sat down. I think, in future, we would both be more vocal if that situation arose again. And T wasn’t phased (is he ever?!) which is the most important thing. 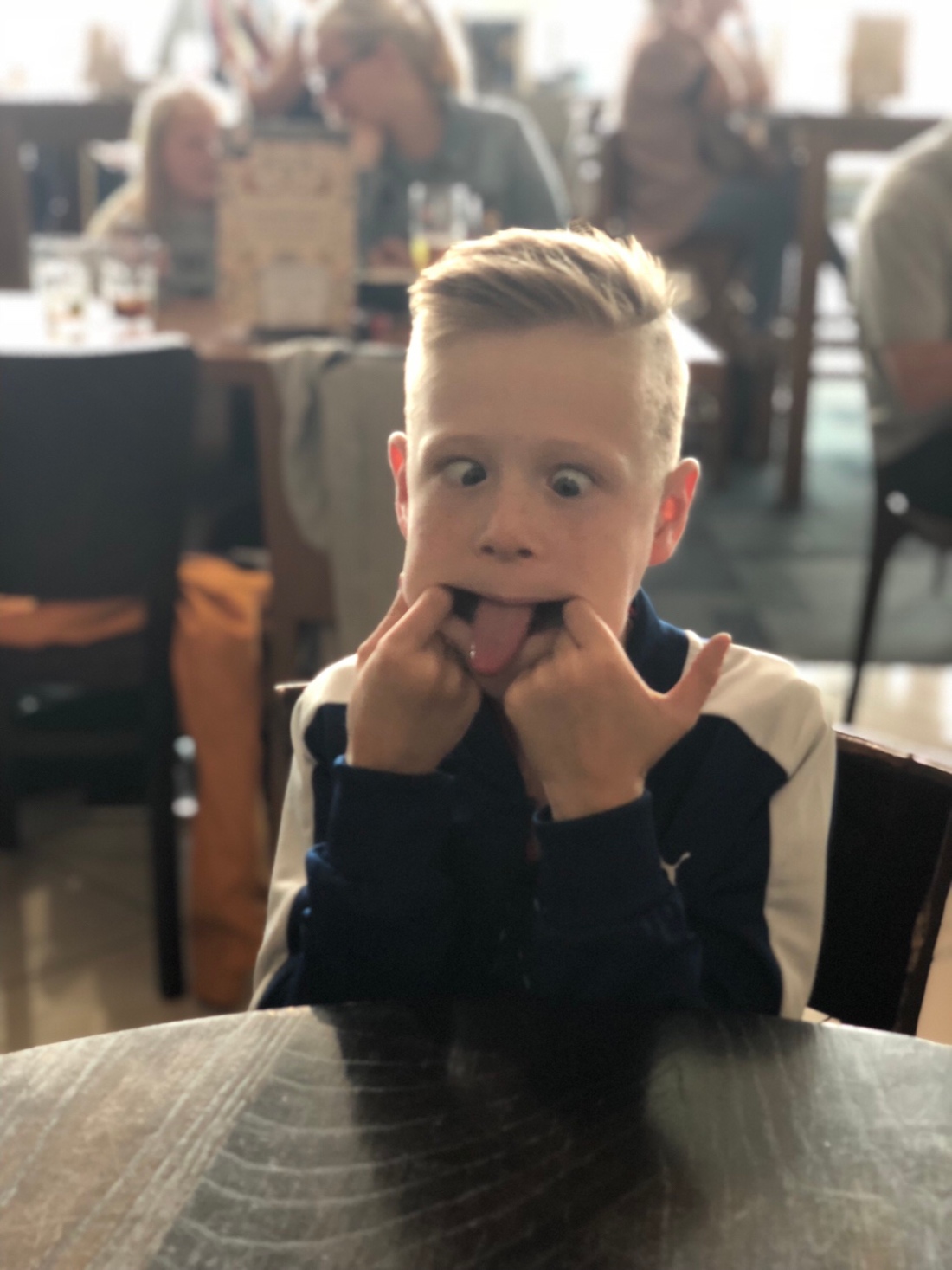 We went for an early lunch and then I was thrown into a state of absolute panic when an announcement was made at 12.03pm for all ‘Special Assistance’ passengers to go to the Gate immediately. Now anyone who knows me is aware that in life I am a largely unorganised whirlwind. However. Give me a trip and I turn into a walking itinerary. I hadn’t even had my emergency pre-flight wee. We arrived at the gate in a bit of a fluster. J had to re-attach his head after I bit it off when he told me to “just chill”. We then sat waiting for 15 MINUTES. I could have had 2 emergency pre-flight wees. 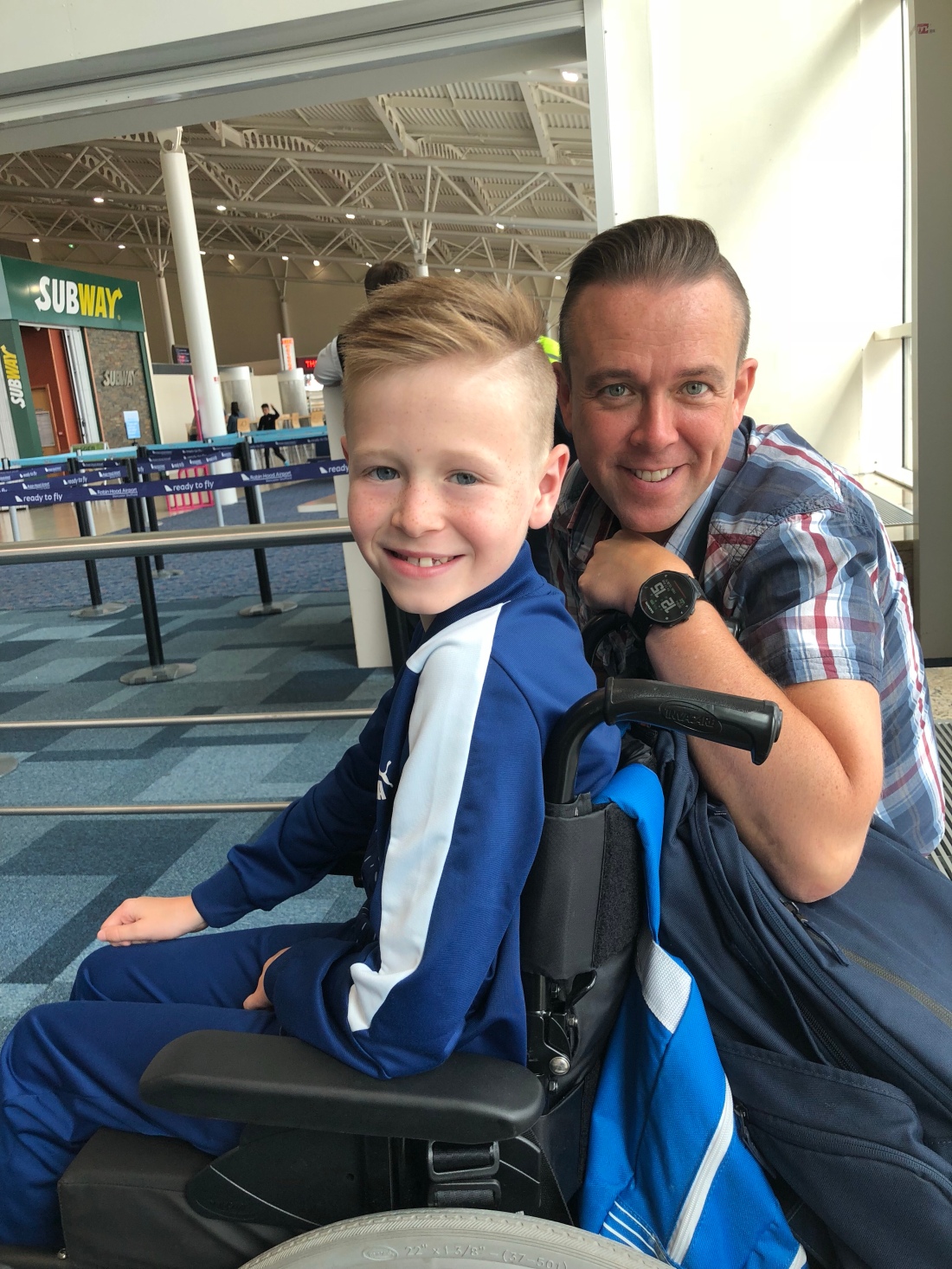 We were taken through the Priority Boarding doors, down in a lift and through several passages that I’m pretty sure Beyoncé would use when sneaking through an airport. 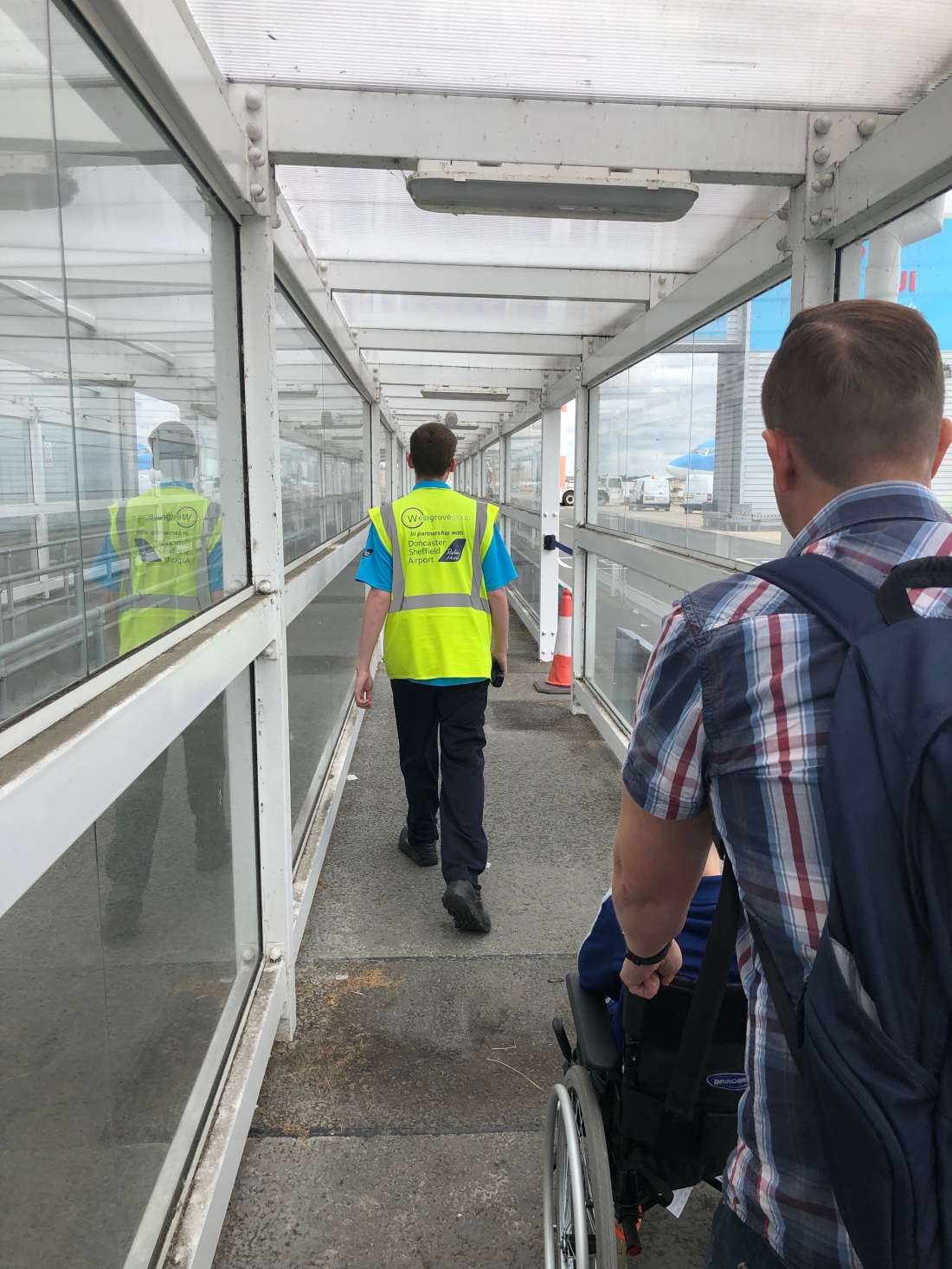 We then got to the plane.

I looked at the dude. Looked at T in the MM and then looked back at the dude. In the end, J ended up carrying T up the stairs as it was going to take ages for a lift to come and the other passengers were queuing up behind a barrier and starting to twitch. We were first onto the plane though, which was a new one for all of us. 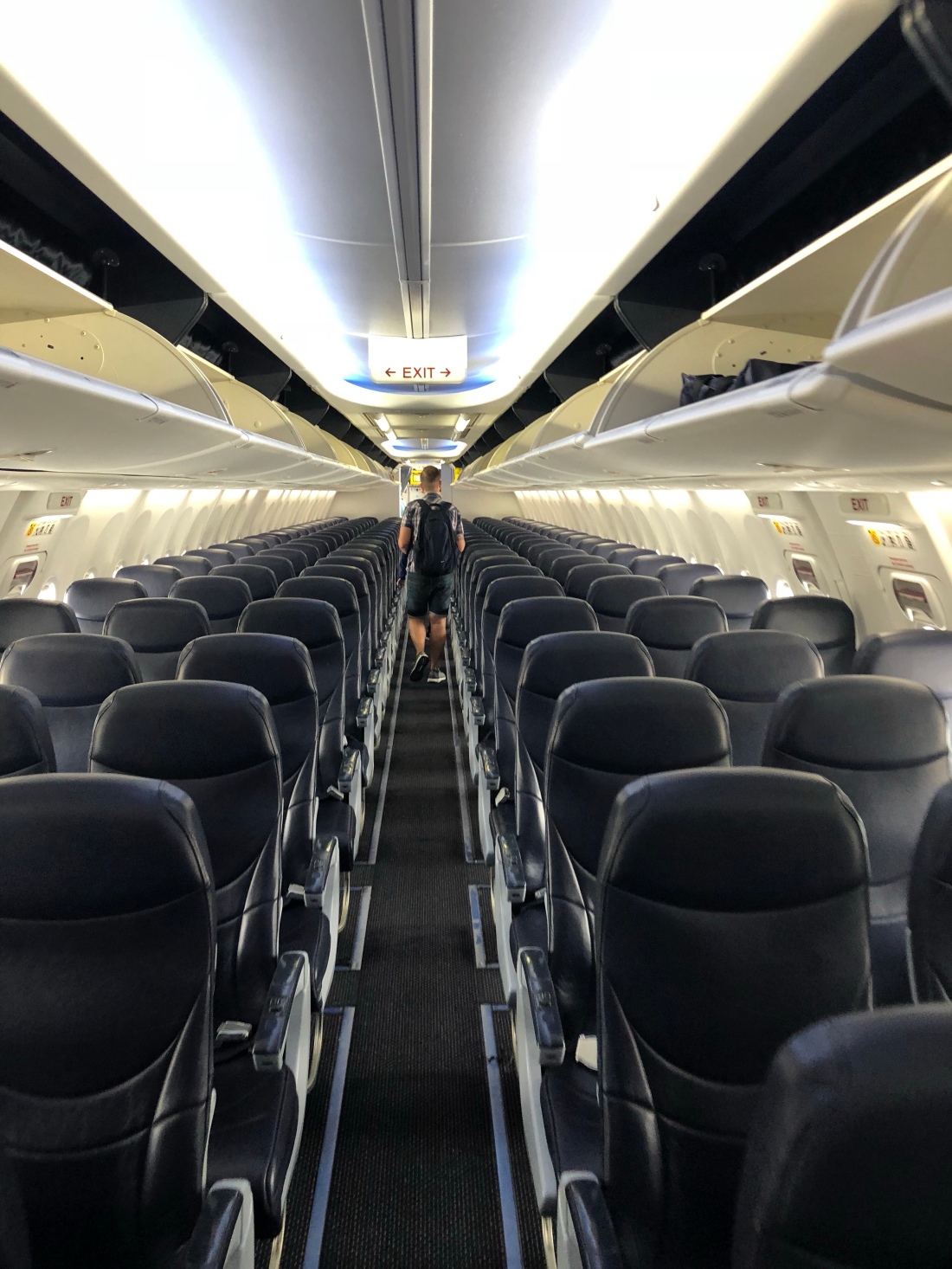 The staff also gave us plenty of time to get settled before allowing the other passengers on, which was really lovely.

The flight was painless, we even had a comedy pilot who thought he was Peter Kay. When we landed, we had to wait until the other passengers were off then made our way out. We even got a sneaky peak in the cock pit! We were taken down to ground level in a pre-war lift that I’m pretty sure was operated by Hamster Wheel and were able to get straight into passport control. The only hiccup, was me falling off the lift and having to be caught by an elderly Greek man. Still, I’m sure that’s happened to Beyoncé too.

So here we are! I’m writing this from my sun-bed in Tragaki. So far, so good. T is LOVING things here. Swimming and water slides aplenty. Greece is beautiful. The resort is amazing, although it is pretty remote. I don’t think we’ll get chance to explore much of the local area on this trip as T is pretty tired from the extra exercise and is suffering with his legs a bit. Also, it’s 33 degrees, and the village is up a massive hill… if he rolls down that in the MM I think that may be quite problematic! So, for this trip, we’ll make it everything that T needs it to be: Fun, relaxing and full of love.

Now, I’m off for a cocktail and to chuck myself down a water slide. 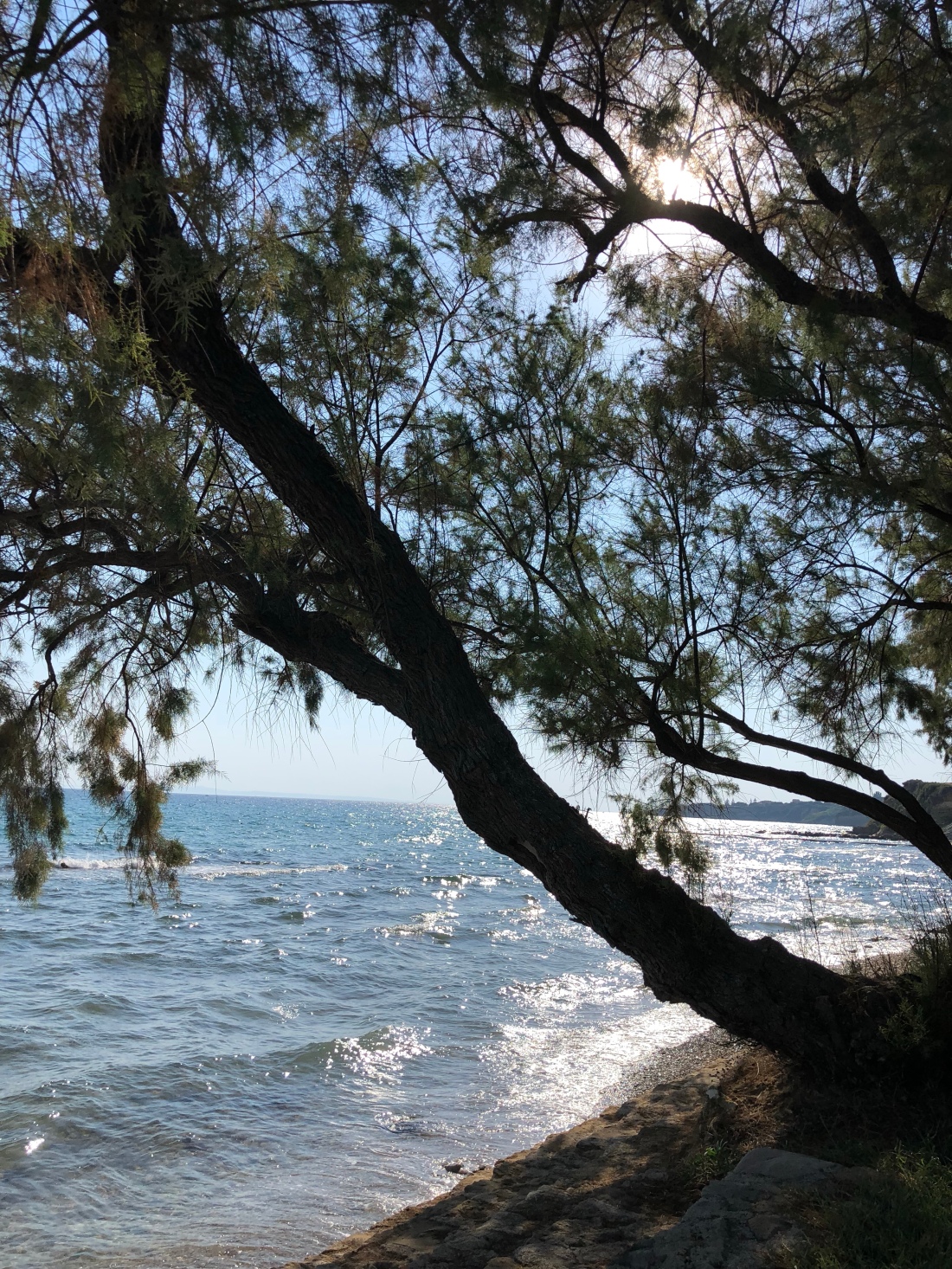 One thought on “Sun, Sea and ‘Special Assistance’…”