As you will remember, if you read my previous blog post, I – the Walrus – was waiting for the impending (LATE) arrival of Baby Riley. And, if you follow our social media pages on Facebook or Instagram, you will have seen that Baby Riley did not enjoy being time shamed via WordPress and came into the world the very next day! We are all rather smitten with our gorgeous little man (and bloody exhausted too I might add. I have more bags under my eyes than Heathrow Luggage Department), and T has turned into the BEST big brother. He is so attentive to him and is forever talking to him, cuddling him and just gazing at him adoringly. It is a beautiful sight to behold. Baby M is equally besotted with him and recognises his voice now as soon as he hears it!

The first thing J and I did, post birth, was to ring T to tell him the news. It didn’t exactly go as we hoped… He sobbed, neigh wailed, nigh on hysterically for what felt like an eternity. We couldn’t actually make out what he was saying. Both J and I looked at each other in perpetual horror. The last thing we wanted was to upset T, especially with everything he has going on in his life. But here we were with this beautiful newborn baby, and our wonderful and amazing son breaking his heart. I have never felt so conflicted in my life.

Turns out though, that T takes after his Mama and loves a dramatic reaction; and that actually he was just overwhelmingly happy. I only have myself to blame for this I suppose – as an active Thespian and Drama Teacher. I’m hoping these dramatic skills will pay off one day, in an Oscar win… or a film with Hugh Jackman…

When he had composed himself he informed us that it was “the best day of his life”. Well. Who can argue with that?! He’s been a doting big brother ever since. No need for any worrying on that front!

I am frequently proud of our Dude, but our pride has reached a new level over the past few weeks. We’ve also tried to ensure that we spend time with T one on one too, whether that’s a trip to the cinema, or a hot chocolate after school. He’s also still having his Art Therapy sessions, which he loves. Both J and I feel these sessions are more important than ever at the moment with so much change taking place.

So far so good though! T is still his happy, loving, positive self ☺️

In more general news, something J and I massively (and stupidly) underestimated was how much a baby flips your life upside down! Every room in the house is now taken up with various baby accoutrements… in fact, this is my current view… 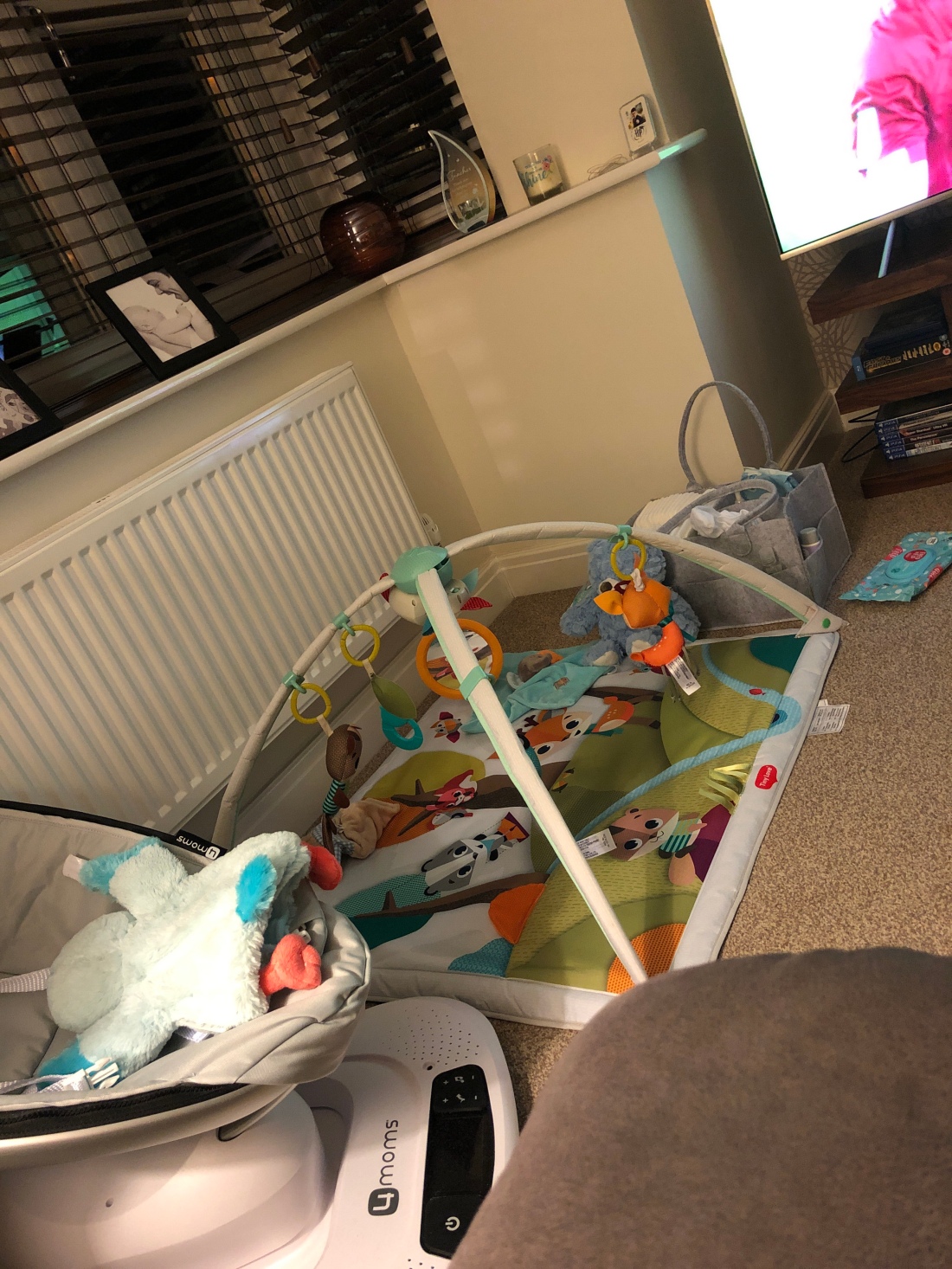 The past 5 1/2 weeks have been mental, but completely fabulous. And seeing how T has just taken everything in his stride just makes us all the more proud of him.

There are a few things however which have been somewhat tricky; and a few lessons we have learned along the way about managing life with a baby, and T’s conditions…

The first thing is that if we go out as a family, we will literally take over all available space. Don’t expect to overtake us, it’s just not gonna happen. We have 2 children, a pram and a wheelchair to negotiate. Basically, we own wherever we are. The end. If you’re in a rush, I suggest you source an alternative route…

Secondly. Completing the school run alone with a newborn and a T + wheelchair to negotiate is a challenge! Expect it to take an hour, at least. But, with military planning, an awesome 10 year old and a baby sling – it’s possible!

I am however, going to try to make my fortune by designing some kind of epic baby side car for the Mean Machine… watch this space.

In more medically related news, T has developed a few new symptoms which we need to discuss with his medical teams. His left leg has started giving way randomly, resulting in a few falls. Luckily he has started to recognise when this is going to happen and tries to ensure he is sat down. I suspect that this is due to his nerve function, but we will discuss it at length with his neurologist to see if anything can be done. In the mean time, we are encouraging the use of his walker at school to provide a little more stability.

The second new symptom is a bit of a random one. Friedreichs Ataxia can effect many areas of the body; one area being the ability to swallow. Now T copes fine with this as long as he chews his food well, and uses a straw or sports bottle for all drinks. However, of late he has had some rather random episodes of spontaneous vomiting due to ‘having something in his throat’. This comes on completely randomly, and not when eating or drinking. He can literally be just sat watching TV and then will jump up to go to the bathroom and be sick. Then he’s fine! He says it feels like there is something lodged in his throat when it happens. This could be due to muscle function in his throat and will be discussed with his Speech and Language team. Hopefully they can shed some light and help to put a stop to VomFest 2019.

You may also recall, that we had some concerns regarding T’s weight, and lovely Dr Em created a meal plan to ‘bulk him up’ a bit. Well, now he’s like the Hulk. It’s definitely done the job! But, the extra weight and height has also made him a little more unstable. He often looks like he’s downed 10 jägers and snorted a shot of vodka when he’s walking. If he were older, I have no doubt that people would assume this was the case. And to be fair, age 18 plus, it could well be! (Bloody love a Jäger). This misconception of ‘being drunk’ however, is something people with Ataxia face daily. So, this is why we (Le Family Riley) are fully supporting Ataxia UK’s ‘Disordered Not Drunk’ campaign. The more we can raise awareness, the more can be done to stop the stigma which comes with Ataxia. So please, talk about this post. Talk about our blog. Share information. Visit the Ataxia UK website and read up on these complex conditions. Let’s try and make it so that stigma is one less thing for people like T to worry about. There will be times in the future when I’m sure Mr T will be staggering around and puking up 20/20 behind a bench – let’s face it, we’ve all been there… but he shouldn’t have to worry about people making comments regarding his mobility on a daily basis. Especially when something as simple as walking is so incredibly challenging for him 💙

One thought on “Disordered Not Drunk”